How to Influence a Woman 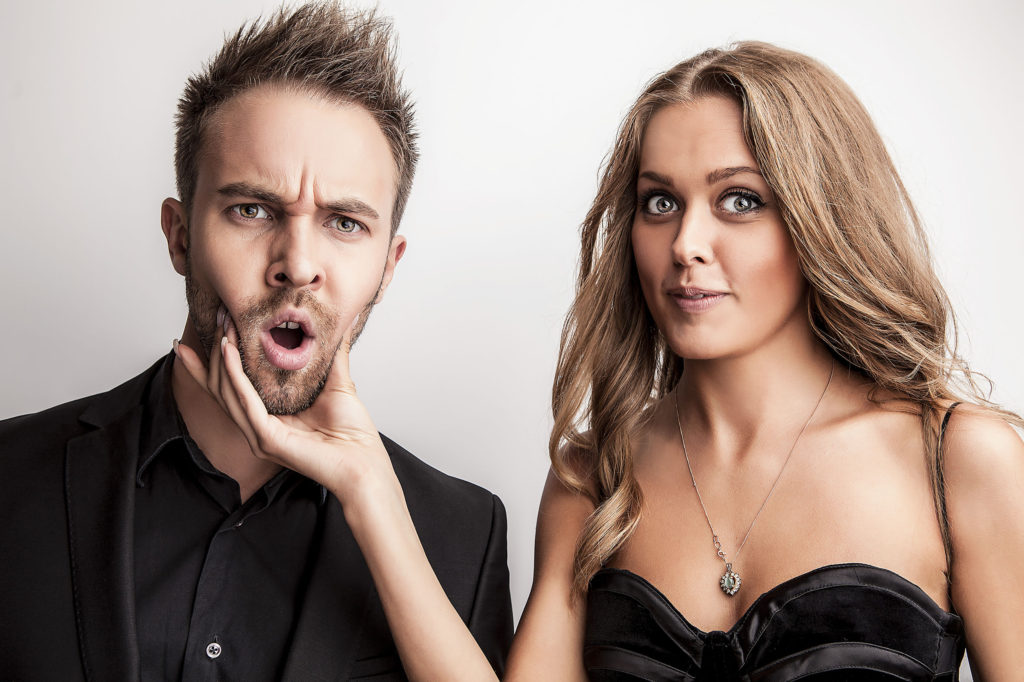 Do you want to be more persuasive when talking to a woman?

Try mentioning (and authentically focusing on) her “life-values” in your conversations, and watch what happens.

This is more profound than you may realize.

Of course, not every woman is the same. However, based on a discovery by Europe’s INSEAD University, here's something that may surprise you!

Europe’s INSEAD University was able to radically boost the grades of female students in the male-dominated MBA (Master of Business Administration) programs by applying a simple exercise.

Here’s what they did, and how you could also use it.

In MBA programs, women typically scored about 15% LOWER on grade scores than their male counterparts. Zoe Kinias, professor of organizational behavior at their Singapore campus, believed the reason is low self-esteem… that women expected to NOT do as well as men, because these were programs initially created for men, by men. So the grades of women reflected their beliefs.

In other words, the power of EXPECTATION is so strong that, if a woman EXPECTS that she’s not going to do well, she probably won’t.

To change the beliefs of women in the MBA programs, Professor Kinias introduced a simple exercise.

During orientation at their campuses in France and Singapore, she asked all incoming students, male and female, to pick three “values” among a list of ten, explain why they were important, and how they applied to the student’s life.

Then she monitored their grade-scores over several years.

Almost miraculously, the grades of women who answered the "values" question skyrocketed, up to the level of the men, while men seemed unaffected and stayed the same.

Enjoying life / living in the moment

Learning about other cultures

Protecting the environment / issues of sustainability

Sharing and participating in my culture

Here’s the theory of why it works…

It’s believed that because a woman knows what it means to be a woman in business – that it’s expected that she will NOT be as competitive and aggressive, and therefore, not as successful in terms defined by men. This “negative-expectation” limits the ability of many women to EXPECT to achieve greater results.

By showing that a woman’s own “values” are relevant, suddenly, she feels more like she fits in.

Professor Kinias’s exercise is so amazingly effective that it’s now being applied at major organizations, to boost female performance in certain male-dominated professions.

How Can We Use This... To Boost Performance and Persuasion

By helping a woman understand up-front that HER values are important and relevant to a task, it alters her perception, her expectation, and ultimately, her performance.

Not surprisingly, showing how a product or idea is in sync with a woman’s core “values” (especially related to the list above) can greatly increase her receptiveness to new ideas.

So, if you’re trying to improve a woman’s performance, try taking her through the exercise above and see what happens.

For a man trying to persuade a woman, remember that your words and the activities you engage in could put you more in sync with the “values” that are most important to her.

Kathleen, the Director at a division of British General Electric, became more interested in our training program when we explained that it had been designed specifically to improve the relationships between people and departments [relationships with friends, associates, co-workers, etc] while helping overcome some of the cultural differences between members of her team [learning about other cultures].

Note that “culture” could relate to working style. It doesn’t have to be just about racial or geographic differences.

By contrast, we recognized that when talking to male managers, we needed to focus more on our program's "task-achievement" properties.

Not to say that women are not also task oriented. But rather, specifically with Kathleen, she recognized that to improve her people's ability to achieve greater tasks and projects, there needed to be an improvement in the personal interactions between her people... how her people worked together. Therefore, we needed to recognize and address her "relationship" perspective if we wanted to have any hope of winning her over, which we happily did.

Throughout your presentations, when trying to persuade a woman, try using words like -- heart-centered, relationship, healing, protecting, spirited, kindness, collaborate, supportive, and nurturing, and notice the difference.

However, as the father of three daughters, I try to warn women to not be drawn in to a product or a coach solely because of the choice of words. Not to say women are easily deceived. Actually, we can all be easily deceived when the right "trigger" words are used.

Still, there is a life-coach I know who offers sub-optimal programs and attracts mostly women because of his choice of words, and it infuriates me.

I advised a financial adviser who was trying to win more female entrepreneurs as clients, to join an activity that would be more in sync with nurturing “values” that are important to many women. It would alter what he talked about while getting him more in sync with the words and issues that connect better with many women.

For starters, he joined the Make-a-Wish Foundation and literally, within two months, was able to win two women business owners that he had been soliciting for almost two years.

This is NOT about manipulation!

Rather, it’s about syncing with a person’s priorities and values, whether male or female, in order to have better interactions with them.

Something powerful enough to boost a woman’s grades almost overnight, may certainly hold “value” for you. Especially in a world where the role of women in previously male-dominated professions, is growing increasingly more important.